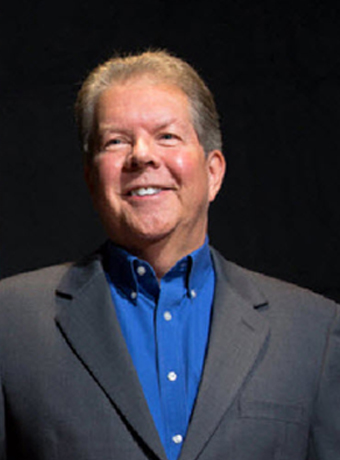 Bill is an accomplished entrepreneur, author, volunteer, trusted business advisor, and a frequent speaker at conferences worldwide. He is the founder and former CEO of Profitstar, Inc., and the original inventor of the popular PROFITstar ALM model for financial institutions. At the time Bill sold Profitstar to Jack Henry and Associates, Profitstar was the recognized number one worldwide leader in various fields, and had over 3,000 financial institution clients representing over $1.5 trillion in assets.

Bill was a director at Westerra Credit Union in Denver, CO, serving as vice chair, and has served ten years on the board of directors of American National Bank, a $3.5 billion in assets bank with locations in three states.

Over the years, Bill’s companies have won many awards including the coveted “National Balance Award” for promoting diversity and women’s issues in the workplace. He was honored as the “Entrepreneur of the Year” by KPMG, and was named “Outstanding CPA of the Year in Business and Industry.”

Bill holds dual BBA's in Accounting and Finance, an MBA in Finance from the University of Iowa, and has CPA, CMA, and CGMA certifications. He is a past chairman of the CUES Financial Suppliers Forum, and has served on the board of directors with many not-for-profits.

Bill was a manager with Deloitte, and has taught Financial Management at the University of Iowa. He was a continuing faculty member at the Southwestern Graduate School of Banking at SMU. He has published numerous articles in the areas of best practices, ALM, risk management, and strategic planning, and has authored several books including Asset/Liability Management Spelled Out.

Bill is active in various volunteer efforts, including being a volunteer pilot for the Angel Flight network, and was a past board member for Angel Flight Central. In 2009 Bill was named “Volunteer Pilot of the Year.” One hundred percent of idea5 Strategies proceeds go to charitable causes.