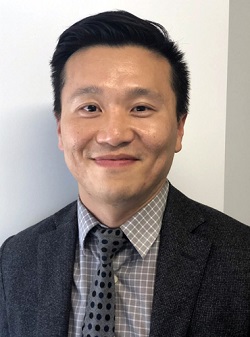 Cheng Yu Hou is the Chief Human Resources Officer at a large public organization. He recently served as the Chief Diversity & Inclusion Officer for the Los Angeles County Child Support Services and a Chief Negotiator on behalf of the Los Angeles County Chief Executive Office. He has extensive legal, HR, and policy experience in the non-profit sector and the federal government. In particular, he has worked in various capacities for the AARP Foundation, Human Rights Watch, U.S. Equal Employment Opportunity Commission, U.S. Departments of Justice, Transportation, and the Interior (National Park Service), U.S. Commissions on Civil Rights and International Religious Freedom, and the U.S. Federal Courts.

Cheng Yu earned a BA with a quintuple major from the University of California, San Diego, and a JD from the University of Cincinnati. He has extensive teaching experience in the fields of human resources, law, diversity and inclusion, as well as the biological/chemical sciences and computer science engineering. Cheng Yu’s recent publications have appeared in various law journals and reviews and have been translated internationally with the United Arab Emirates (Dubai) government.