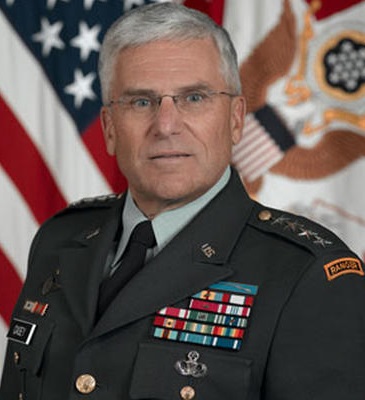 General George W. Casey, Jr., enjoyed a 41-year career in the US Army following his graduation from Georgetown University's School of Foreign Service in 1970. He is an accomplished soldier and an authority on strategic leadership. As the Army Chief of Staff, he led one of the nation's largest and most complex organizations during one of the most extraordinary periods in our history. He is widely credited with restoring balance to a war-weary Army and leading the transformation to keep it relevant in the 21st Century. Prior to this, from July 2004 to February 2007, he commanded the Multi-National Force – Iraq, a coalition of more than 30 countries where he guided the Iraq mission through its toughest days.

Currently, he lectures internationally on leadership to the leaders of national and multinational corporations and at other business schools. He serves on corporate boards and numerous boards of organizations that support our servicemen and women, our veterans, and their families. He also teaches international relations at the Korbel School in Denver.

General Casey holds a master's degree in international relations from University of Denver, and served as a senior fellow at the Atlantic Council of the United States, a foreign policy think-tank. He has broad international experience. Born in Japan, he served in operational assignments in Europe, the Balkans, and the Middle East.