MADISON, Wis.—CUES is proud to announce that President/CEO John Pembroke is being recognized for his contributions to the credit union industry as an inductee into the 2021 African American Credit Union Coalition’s (AACUC) Hall of Fame. He and four other industry leaders will be recognized in a ceremony happening online on March 1.

Pembroke joined CUES in 2013 as SVP/Chief Operating Officer, and was named President/CEO in 2015. He has been instrumental in developing and launching a new direction in CUES’ strategy, branding, membership, and culture.

Pembroke received his first exposure to the industry during a high school internship at the credit union at his church. He has been an avid supporter of the AACUC and their mission since his tenure as Chief Marketing Officer at PSCU. This support continues with CUES, which provides complimentary memberships to participants in the AACUC’s mentorship program, offering them access to top professional development tools.

“The AACUC has done great things for credit unions, and as a product of the industry myself, I’m beyond honored to be recognized in this way,” said Pembroke. “Congratulations go out my fellow 2021 inductees, as well.”

Learn more about the AACUC at aacuc.org and register to attend the Hall of Fame ceremony here.

Learn more about CUES at cues.org.

CUES is the leading Talent Development solutions provider for credit unions in North America. We educate, develop and support credit union CEOs, executives, directors, and emerging leaders through partnerships with premier business schools, live and online events, digital learning, networking, and premium content. With over 28,000 members and growing, we measure success one leader at a time.

ABOUT AACUC:  Founded in 1999, AACUC has grown and is ever changing to meet the needs of the dynamic credit union community which it serves. It has become an all-encompassing organization for individuals (professional and volunteers) in Credit Unions, Insurance, Regulators, Consultants and other entities in the credit union industry.

Affiliation with AACUC offers a unique opportunity to influence and shape the credit union movement and its governmental affairs. AACUC promotes personal and professional growth of its members as well as collectively articulating concerns and advocating resources to improve economic development of surrounding communities that are often under-served by majority financial institutions. 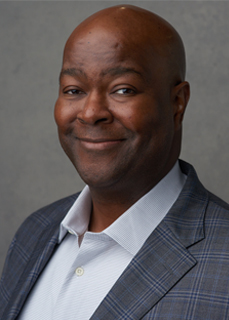